Transforming the City We Love One Plate at a Time

Far too many of our fellow Charlotte residents suffer from extreme life-challenges such as poverty, homelessness and the slow, uphill battle of recovering from substance abuse or incarceration. Our vision and goal each day at The King’s Kitchen is to raise funds to feed the spiritual and physical needs of those who have the least in our community and to train and equip those previously unemployable in the restaurant trade.

Each Plate We Serve Helps Feed Our Neighbors

Established in 2010, The King’s Kitchen is managed by Jim Noble Restaurants and donates 100% of profits from sales to feed the poor in the Charlotte region. Additionally, The King’s Kitchen partners with the Charlotte Mecklenburg Dream Center and other local area ministries to provide job-training, life-skills training, social etiquette workshops, financial management guidance and employment intern opportunities to Charlotteans in search of a new beginning.

And while every penny of profit at The King’s Kitchen has a higher calling, each bite of the food served to patrons, features Chef Jim’s signature “New Local Southern Cuisine.” Specialties include premium Carolina organic produce paired with fine meats like our famous Aunt Beaut’s Pan Fried Chicken.

Jim Noble Restaurants are locally owned by Chef Jim Noble, a High Point, NC native, whose heartfelt approach to slow food is inspired by French cooking visionaries Auguste Escoffier and Julia Child. Following their lead, Chef Jim began using local, organic ingredients to prepare meals for his own family. A trip to Napa, CA, in the early 80s introduced Chef Jim to the benefits of pairing excellent wines with expertly prepared meals and inspired him to open a restaurant, showcasing his food philosophy.

Nearly three decades later, Noble Food & Pursuits is known for featuring local ingredients of exceptional quality, resulting in dishes Chef Jim describes as “New Local Southern Cuisine.” Jim Noble Restaurants include Rooster’s Wood-Fired Kitchen in Uptown and SouthPark, plus Noble’s Grille in Winston-Salem. Culinary distinction is available at all of Jim Noble’s Restaurants, but it is inside the walls of Chef Jim’s latest venture, The King’s Kitchen, where his passion for food feeds a higher purpose.

Twelve years before opening the doors of The King’s Kitchen, Chef Jim and his wife Karen were awakened to a calling from God. Rather than open another restaurant to simply feed the body, the Nobles were called to start a ministry that would nourish the soul.

In 1998, Jim and Karen started Restoration Word Ministries (RWM) and their weekly radio broadcast ministry, The Voice of Healing Faith. An ordained minister, Jim uses this outreach as a way to share the teachings of Christ as well as remain open to the ways God calls him to serve. Over time, Jim recognized the relationship of his two passions – serving food and serving God – and was led to the ministry of feeding the poor.

In the Fall of 2014 the Charlotte Mecklenburg Dream Center was formed by a team of volunteers on a quest to find an Uptown Charlotte building to find a permanent home to meet the needs of those who need it most in our city. The Charlotte Mecklenburg Dream Center will be closely working with The King’s Kitchen, The Restoring Place Church and other area nonprofits and is currently helping with their feeding and discipleship/life skills training classes.  The Dream Center is a member of the Dream Center Network founded by the passion of Pastor Tommy Barnett, and his son Matthew in Los Angeles, CA twenty years ago. Network members work together with centers from across the United States to reach people and see the incredible transformation in people’s lives.

The King’s Kitchen will operate as a public restaurant, serving local, healthy, Southern cuisine and the profits and proceeds from “The King’s Kitchen” will go toward feeding the poor. In addition, The King’s Kitchen will work with the Charlotte-Mecklenburg Dream Center to operate “The Restoration Program” a five-part training program to employ, train and minister the gospel of Jesus Christ to the homeless, the poor, troubled youth, rehab graduates and other members of our community who are in need of employment. The King’s Kitchen will operate in the spirit of excellence by training and equipping the whole person (spirit, soul and body) thereby sending out developed leaders into our community. This will be done by working together with other local ministries, businesses, nonprofits and people of faith.

Matthew 25:40 Then the King will say, ‘I’m telling you the solemn truth: Whenever you did one of these things to someone overlooked or ignored, that was me – you did it to me.’ – The Message

Luke 7:22 So He replied to them, Go and tell John what you have seen and heard: the blind receive their sight, the lame walk, the lepers are cleansed, the deaf hear, the dead are raised up, and the poor have the good news (the Gospel) preached to them. – Amplified

Galatians 2:10 They only [made one stipulation], that we were to remember the poor, which very thing I was also eager to do. – Amplified 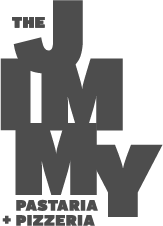 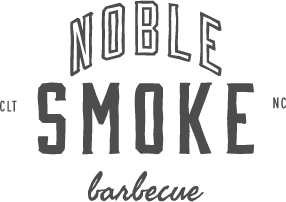 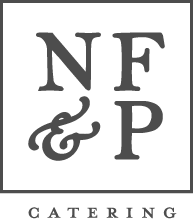 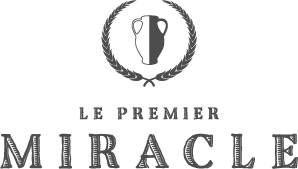